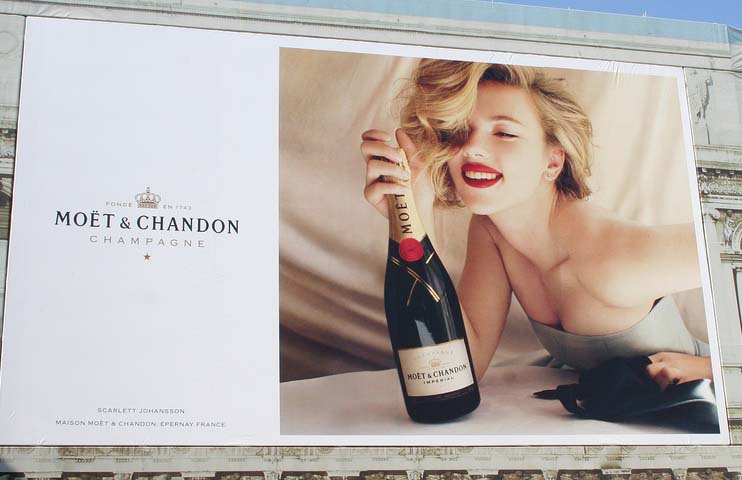 Many companies have begun to build digital billboard networks in recent years.

Digital billboards have met their share of backlash over the years. Critics have said the rapidly changing LED lights distract drivers and disrupt the lives of hundreds of residents with a view of the billboards. Many cities and states have even banned digital billboards entirely from permitted use with Alaska, Hawaii, Maine, Montana and Vermont leading the fight. But this is a two way battle.

Advertisers are interested in doing what makes sense for the bottom line. Digital billboards have been a welcome addition to a marketplace where space for advertising is becoming increasingly competitive. The obvious advantage that digital billboards have over static billboards is that they can change copy quickly. This appeals to advertisers for many reasons.

Many companies have begun to build digital billboard networks in recent years. They have realized they can save and even make money by creating a network of digital billboards. As an additional benefit (and definitely not to be overlooked) they are also able to make the argument to environmentalist groups that they are going green by being able to use space more efficiently.

Many critics have been asking new questions of late. How exactly is all this nifty stuff accomplished? Who has control of the billboard? How is it monitored? The new concern of security weaknesses has been gaining steam over recent years. We are now living in the digital age. Those who want to gain access to a digital network need little more than perseverance. With more and more companies getting involved, the rapidly growing network of digital billboards in the U. S. has left many things unchecked in the way of security. This could be the next headwind in a growing wave of criticisms.

Can Digital Billboards be Hacked?

Like we said, you need little more than perseverance to gain access to a network. And digital billboards are some of the softest targets around. An anonymous source was on a mission to see just how hackable digital billboard systems were and expose potential weaknesses. Below is information about their findings.

Editor's Note : Due to the size of the company that was hacked and the fact that most companies of comparable size are very litigation happy, we prefer not to invite their wrath. They no doubt have a large team of high-priced lawyers we would not like to meet. Ever. For that reason the name of the company will be kept anonymous.

Suffice is to say they are an international telecommunications company that boasts a digital billboard network that spans the country. They utilize a variety of different manufacturers for their billboards. This and many other factors make them extremely vulnerable.

We do not condone employing any of the methods or activities detailed in this article. This article is provided for informational purposes only and does not reflect the opinion of TimesOOHMedia or any of its affiliates.

Our anonymous source notes that all companies use one of the following networks and all of these networks are subject to vulnerabilities. Transmitting the signal of a digital billboard is done in one of three ways.

All companies using networks like these are exposed to vulnerabilities.

The access codes are often universal master codes controlled by sales people. Sales people are motivated to make a billboard sale. They will answer just about any question you have if they think they are going to get a sale out of you. With a somewhat gentle touch, you can find out most anything - from image specs to uploading information to security procedures - all for simply saying you're interested in buying some space on their billboard. Rest assured, the time tested line "I'm a college student writing a paper" still works.

The billboard itself has vulnerabilities of its own, some of which we have already outlined. Others include :

Who would do this?

Why would someone want to do this?

What not to do

Just in case you fall into one of the aforementioned groups, our anonymous source has provided a list of things not to do. To be clear, you shouldn't do anything written in this article. This article is provided for informational purposes only. But, for the sake of argument, you definitely want to avoid the following :

You need a shockingly little amount of equipment to hack into a billboard. It's the digital age. Everything is small.

Hopefully we aren't perpetuating this issue. Many of these details are provided in jest but also to prove the larger point. Based on the accounts of our anonymous source, there is in fact some merit to the arguments posed by many critics.

Are digital billboards here to stay?

They're probably here for good. Proponents of digital billboards say the arguments don't amount to a full arsenal in the fight many have waged against digital billboard advertisements. Obviously the weaknesses are glaring. But the market will undoubtedly solve the issue. This is merely a case where the industry has gotten out over its skis; rapid expansion to meet demand has resulted in details being overlooked. It won't be long before companies shore up their networks and begin encrypting their data. Security fences will begin to pop up around signs. They will likely secure their wireless boxes with more than a simple padlock. All the technology to manage these security risks already exists. It is only a matter of time before companies begin to utilize them.

Though it was no doubt a fun and enlightening exercise for our anonymous source to allegedly hack a digital billboard, the fight against digital billboards is not going to be won based on this finding. It is only going to be won with entire municipalities voting against the structures. This has proven to be the most effective strategy in recent years with a somewhat weakening billboard lobby.

Two states have banned any new billboards from their cities. Oregon and Rhode Island joined the battle only recently. Fights against the billboard lobby have become much more localized to statehouses and City Halls. And even more recently, many cities in Texas banned billboards entirely from their ordinances. Close to 400 cities, including Austin, have ordinances banning new billboards.

Remember the simpler times when billboards were made of cardboard and static pictures that would be changed once in a while? It was a time when the hollywood sign was meant to be a two year advertisement for a housing complex. Those times are long gone. Today, it's difficult to imagine a world without billboards and other advertisements vying for our attention. With advertising real estate becoming ever more precious, digital billboards are filling a void. With that, many unforeseen (and some foreseen) issues have come to light. There will always be blowback and we're sure this is not the end of the fight.